This post was brought to you by the letter 'F'

First up, some sad news, in that word reached me a couple of weeks ago of the death of Alan Pollock.

When I first went to one of the Pennine Group meetings approximately 18 months ago, Alan was one of the first people I met and he instantly made me welcome. By the end of that meeting he'd already passed on the responsibility for constructing the buildings for Lightcliffe on to me, albeit that he was a constant source of inspiration from that point on.

A shared enthusiasm for the railways of Cumbria was soon identified (LNWR in his case, Furness in mine) - and numerous e-mails passed between us concerning building construction techniques and the layouts that we were both planning. The last exchange we had was about fencing for Lightcliffe following on from a site visit that Alan had made to get some measurements and there will be a certain poignancy when it comes to adding that to the layout.

My condolences go to his family - I'm sure he'll be missed by all who knew him.

In a way, it was the news of Alan's death that prompted me to pick up the modelling tools again after something of a work enforced hiatus and I hope that I can go on to repay the trust he put in me at that first meeting.

In terms of Lightcliffe, I've more or less got the first of the platforms to a point where I'm happy with it, so it's on now with the other portions. Construction is a foamboard and plasticard sandwich with stone coated slips cut to size and stuck on with PVA, whilst the edging is Redutex 4mm scale stone block. The stone slips were grouted and the whole structure was then coloured and weathered using artists pastels, weathering powders and modelling dust.

A bit of greenery has been added too (bring us a shrubbery!), and the next step will be to finish off the detailing of the platform - adding some more grass, as well as fencing (white picket?) and railings and a coal hole - and then bedding in the buildings ... but first I've got to finish off the main staircase for the footbridge so that once we've got the etches for the metalwork from Bob Jones they can be soldered up and affixed to the staircase and the whole assembly can take it's place on the platform. 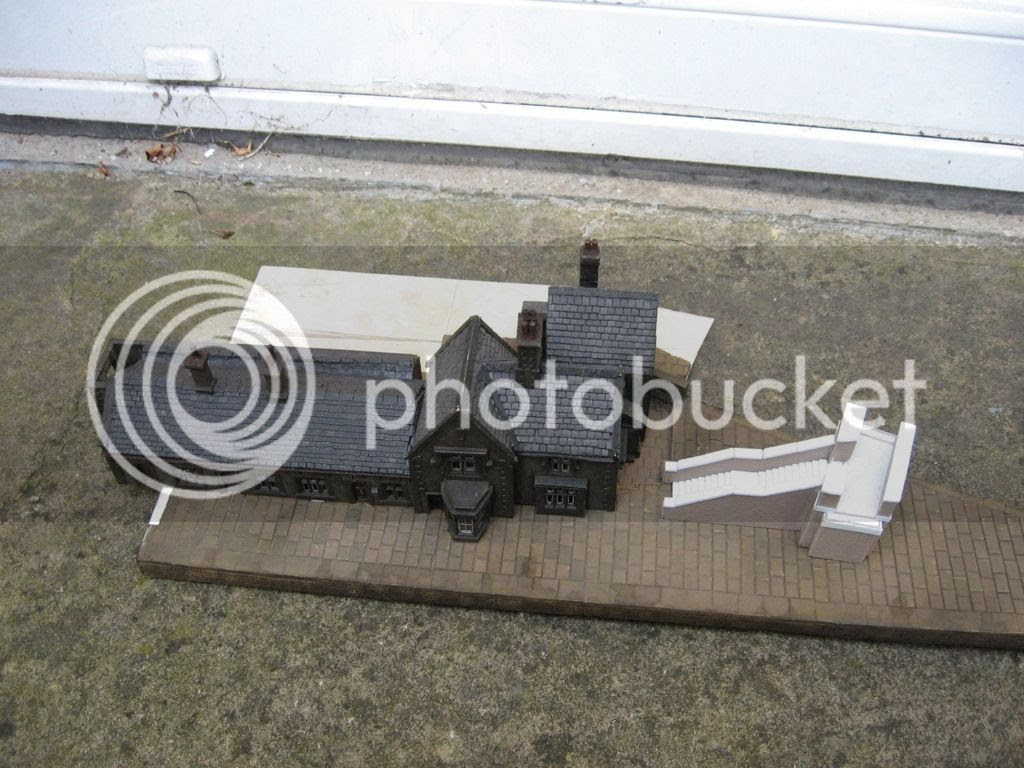 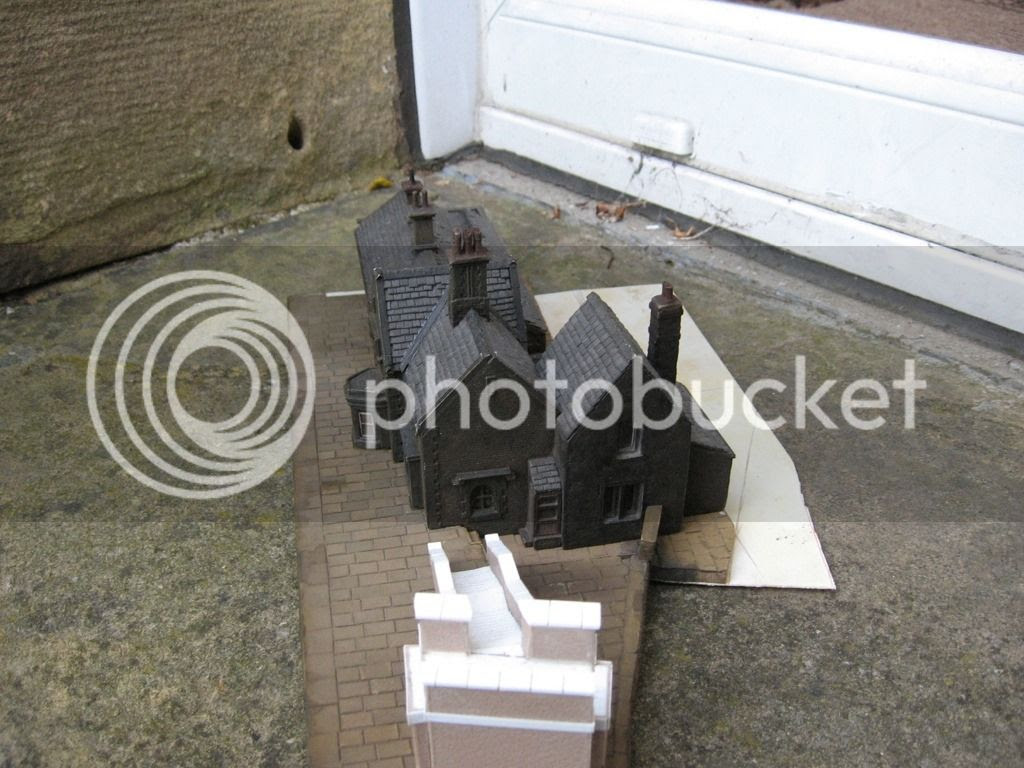 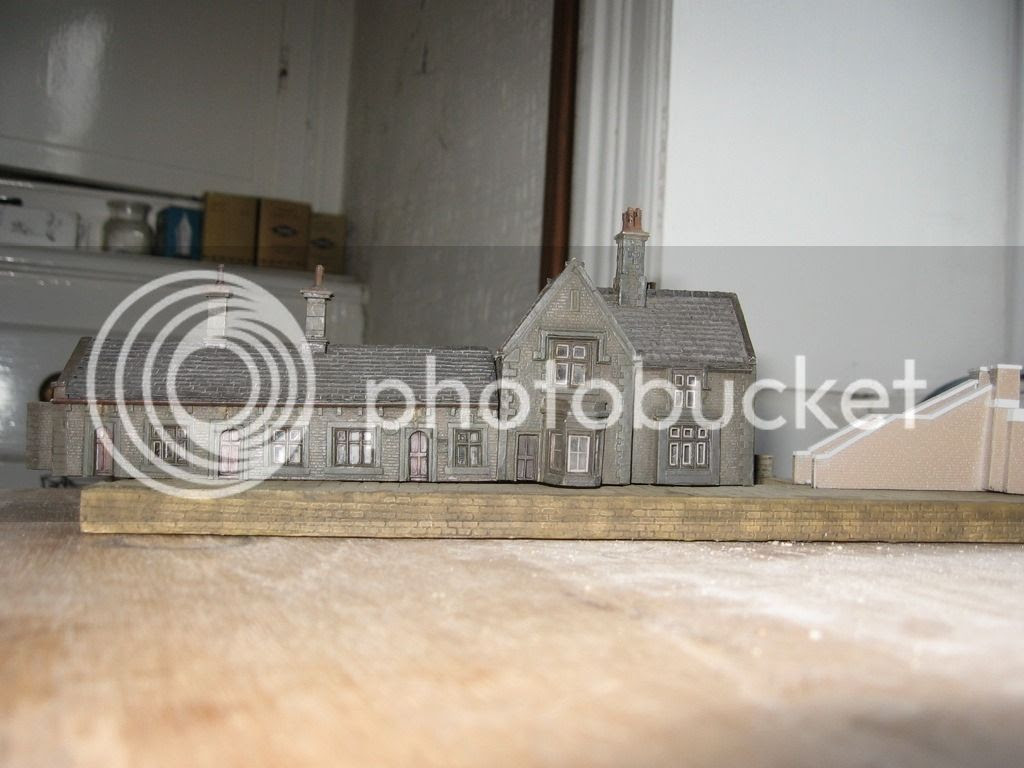 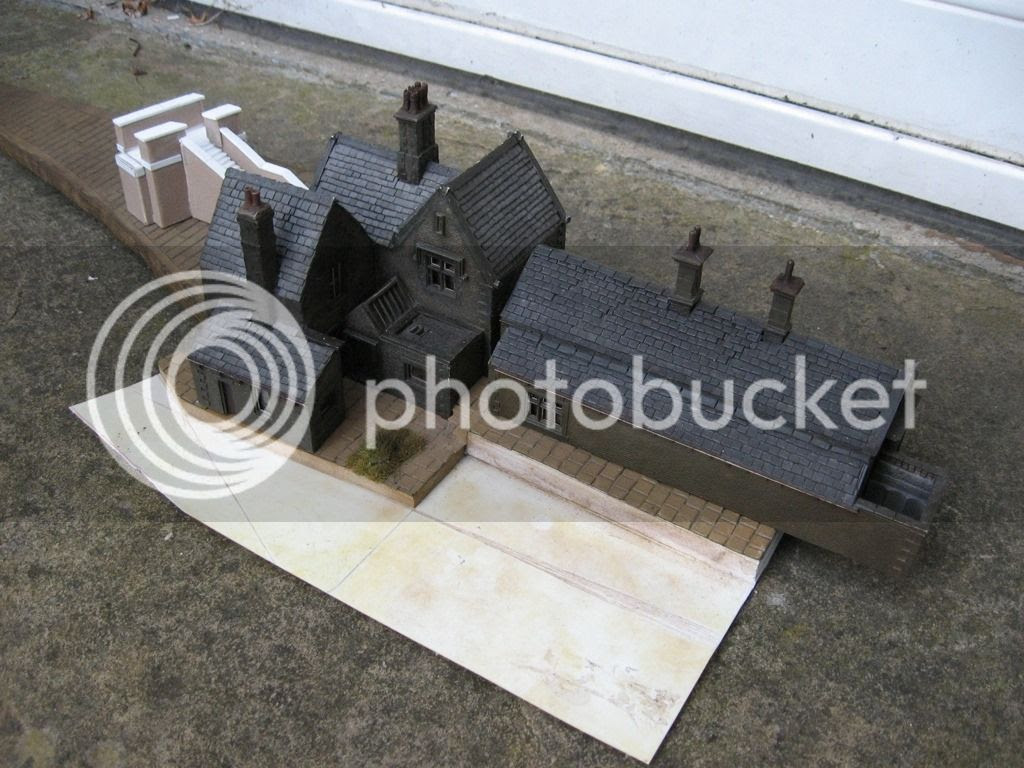 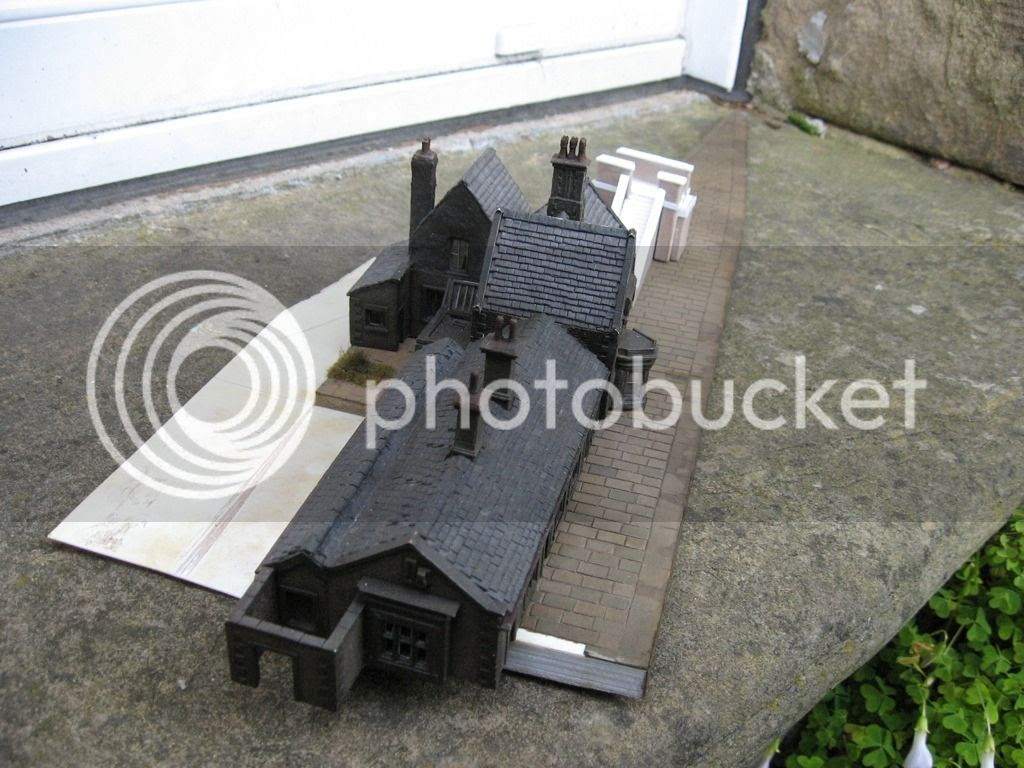 It can be a bit tricky working on structures away from the layout as I found to my cost at the last but one meeting when the platform clearances were a bit tight! Hopefully all will be well at the next meeting.

Another job that needs doing but can only really be done in situ is cobbling the roads. As a result of discussions at the last but one meeting I attended, I bought a 3D roller with the idea of impressing the cobbles into Das or something similar, but I'm struggling to apply this consistently and am going back to the idea of using plasticard or Redutex. Further discussions on that next time out methinks. 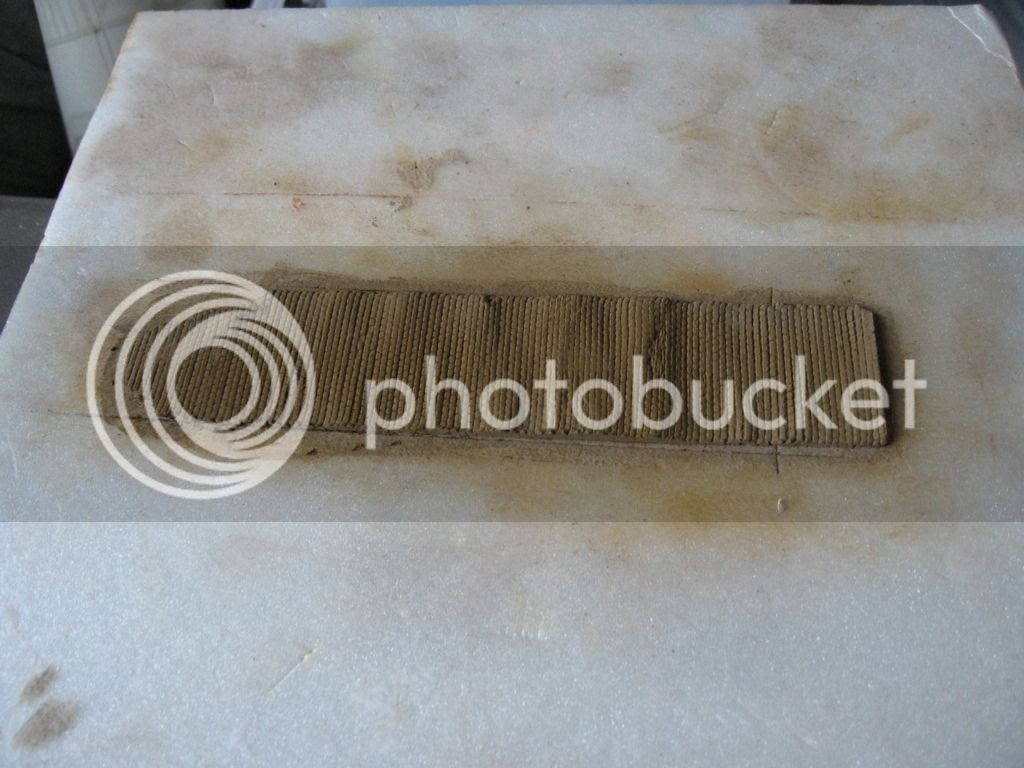 In addition to the buildings for Lightcliffe, I've also dug out the buildings that I was starting to put together for my own embryonic Furness Railway layout. This has the working title of 'Yewdale' and will be based on Coniston circa 1915. I'll shortly be embarking on a 3D mockup of the layout but for now it's the signal box that's occupying my time. It's a fascinating structure which, in real life, was an amalgamation of a wooden, outside framed, upper section (which had originally been in use at Carnforth) with a stone base. 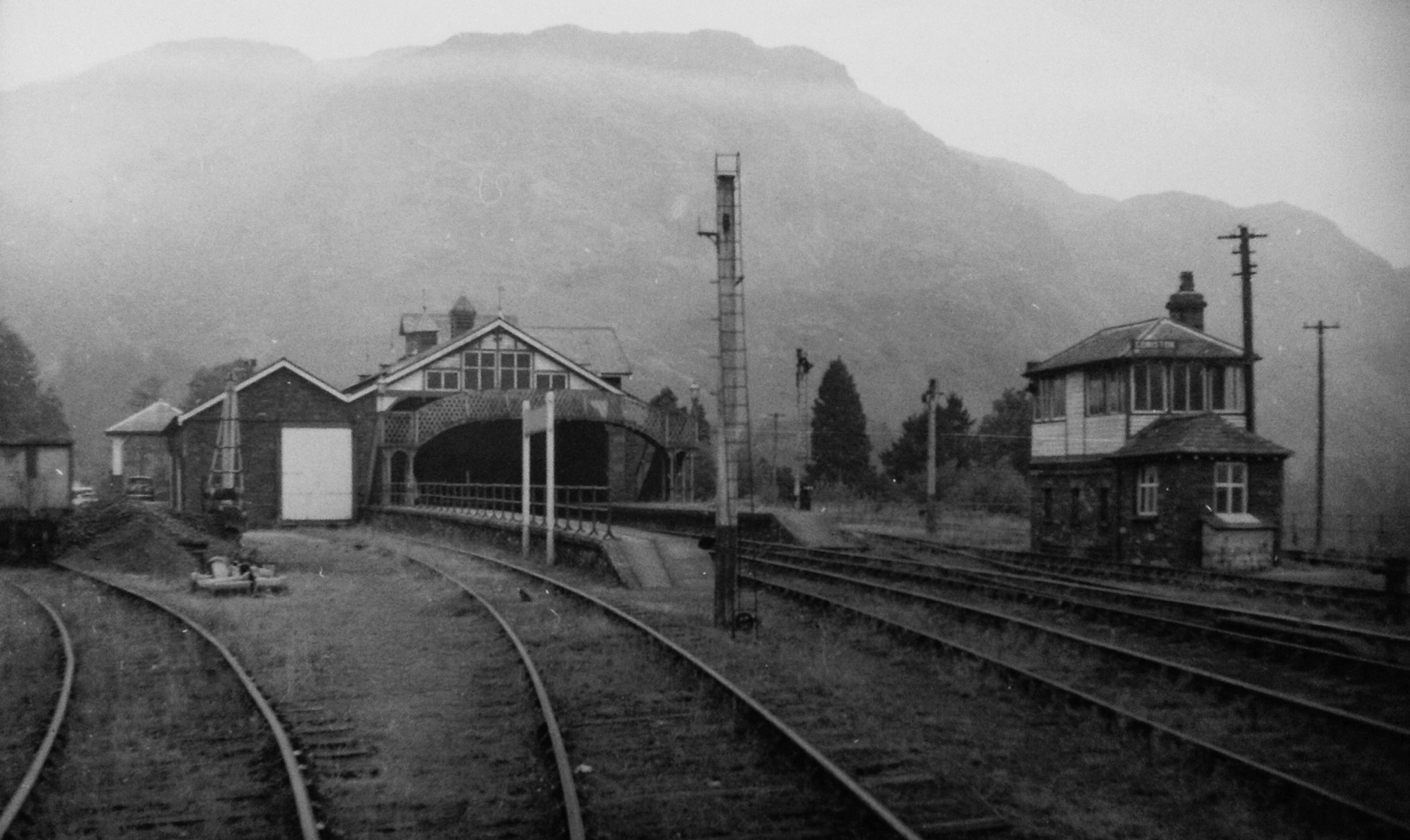 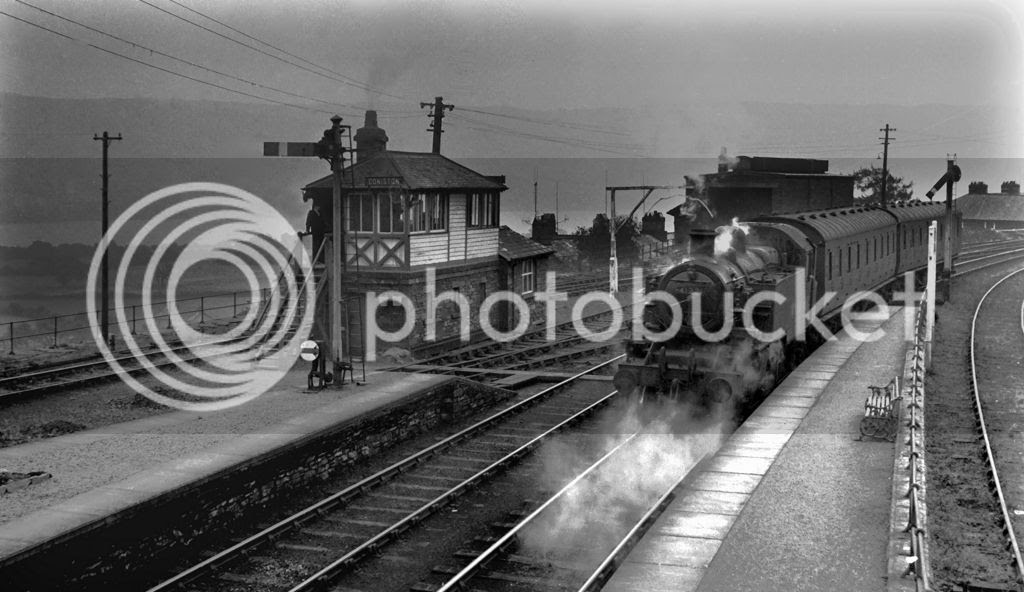 The base I built three years ago, but I was never happy with the upper panels or with the roof so decided to have another go and have now managed to produce some panels that I'm happy with and have just started to glaze them. 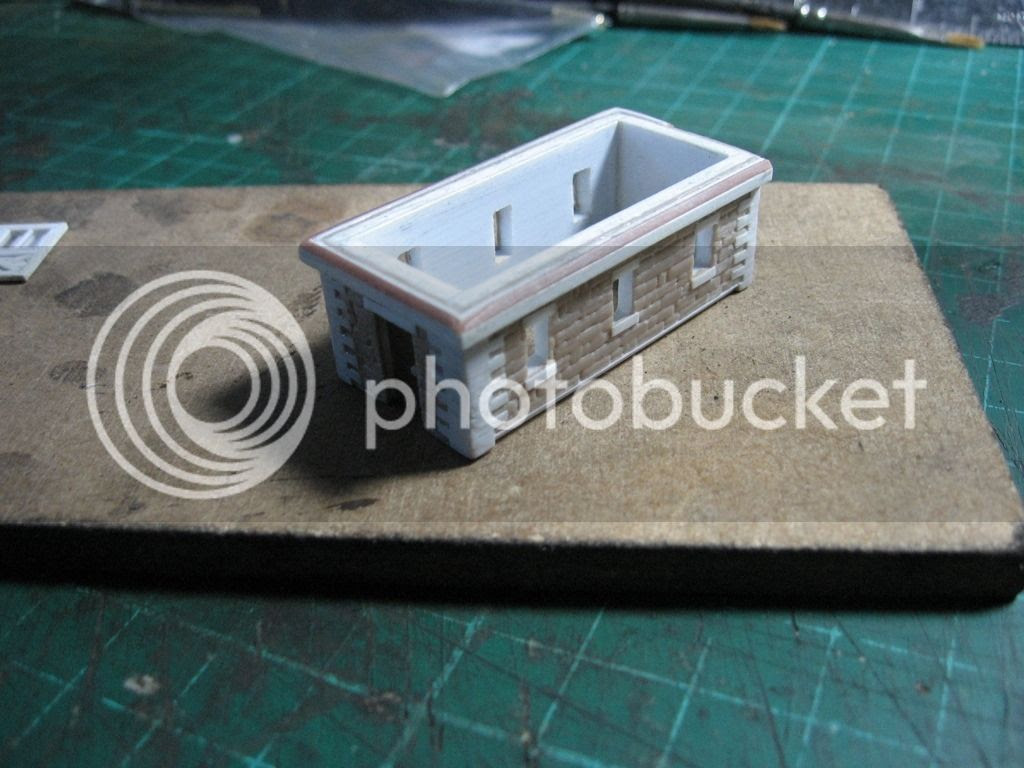 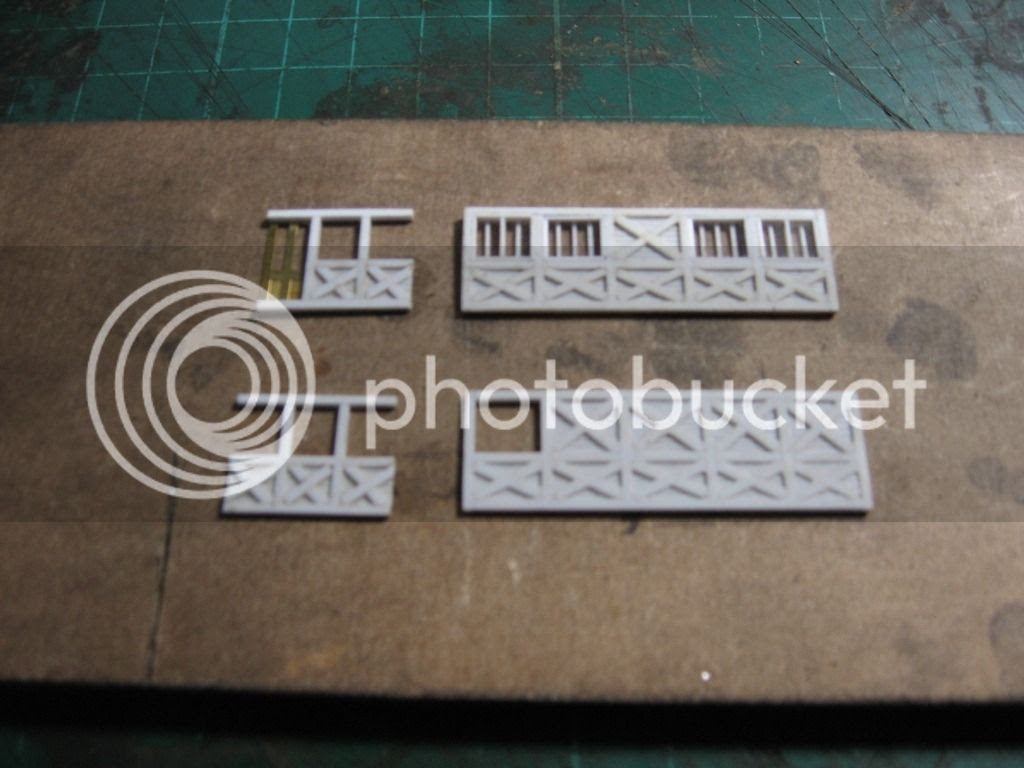 Fiddly but fun!
Posted by David Varley at 12:43 No comments: