First off we're still working on Lightcliffe, recently concentrating on wiring but at the beginning of the year David Varley brought along some of the buildings he was working on - 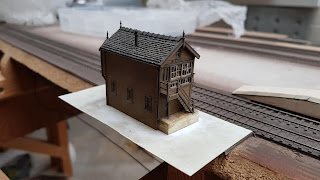 Next, two views of the main buildings, and a footbridge abutment - 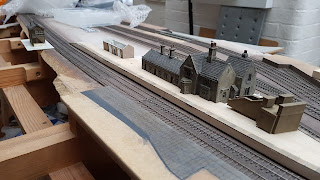 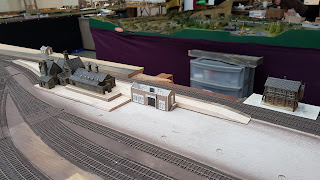 The layout is now also wired and both main lines can be run from end to end, although some refining of the feeds to each main line remains to be done.

With the main lines running, it's given us a chance to test out some locos. Over the last year I've been progressing my 3F conversion to the point that it's now running smoothly and is painted and weathered - here's a couple of pictures of it on a test run or two shunting a few wagons about - 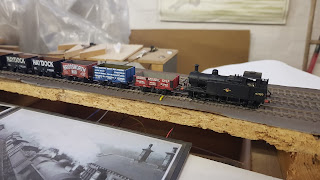 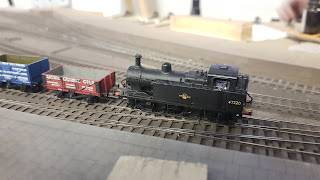 This Jinty has had new brake rods, salvaged from an old Bob Jones 3F Chassis kit, to replace the original plastic ones and it needs a some extra coal, crew and weathering as well as a few fire irons placed on top of the tanks to complete.

It will be then ready for service - I have a Golden Jubilee project 'in the works' and the folding test track is also still in progress - AVRMC are having an open day in April so I'm hoping it may be ready for then.
Posted by John Ireland at 13:23 No comments: