Of chimney pots and station signs

Now, I know I said that one of my modelling resolutions for 2015 was to post here more often but twice in a couple of days? Well you see, yesterday was a good day with three packets of goodies landing on the doormat and a new loco added to the stud.

Firstly, I managed to get my hands on some 2mm louvred chimney pots courtesy of Mike Topping of Topp Trains of Stafford (http://www.topptrains.co.uk/) and fellow 2mm modeller, Tony Simmons.

Unfortunately, the pots are a bit smaller than expected but a couple of e-mails later, and Tony's produced a bulked up version which will hopefully be on the way to me in the not too distant future ... 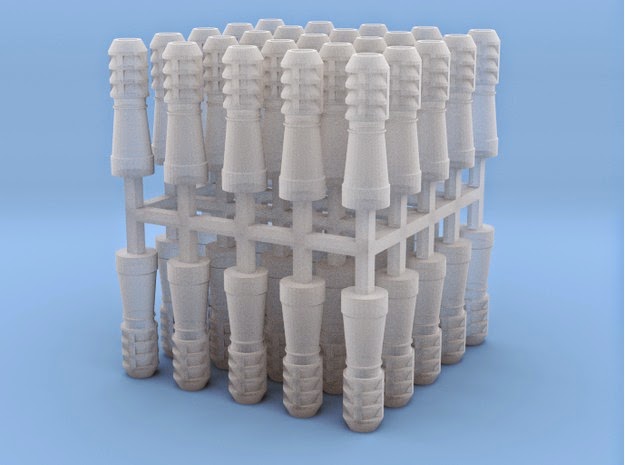 As yet, they're not available from Topp Trains but I understand that they will be appearing on their website shortly.

Secondly, my new back to back gauges turned up (God knows what I've done with my old ones but they'll probably turn up now I've bought some more) so hopefully I can now get the J94 chassis working as it should (thanks to the Steves of Shops 2 and 3 for processing my orders so quickly).

And thirdly ... and this was a very pleasant surprise ... (drum roll) ... some etches that I'd ordered from Guilplates towards the end of last year arrived as well. I'd originally ordered some buffer and cab side number plates from them for the Sharp Stewart and for some other Furness locos that I'm building (both in 2mm using 2mm Locomotives 3F masquerading as a Furness G5 and in other scales) but then I discovered that they did some L&Y signs in 2mm and that they were able to make the ones that I needed that they didn't already do ... 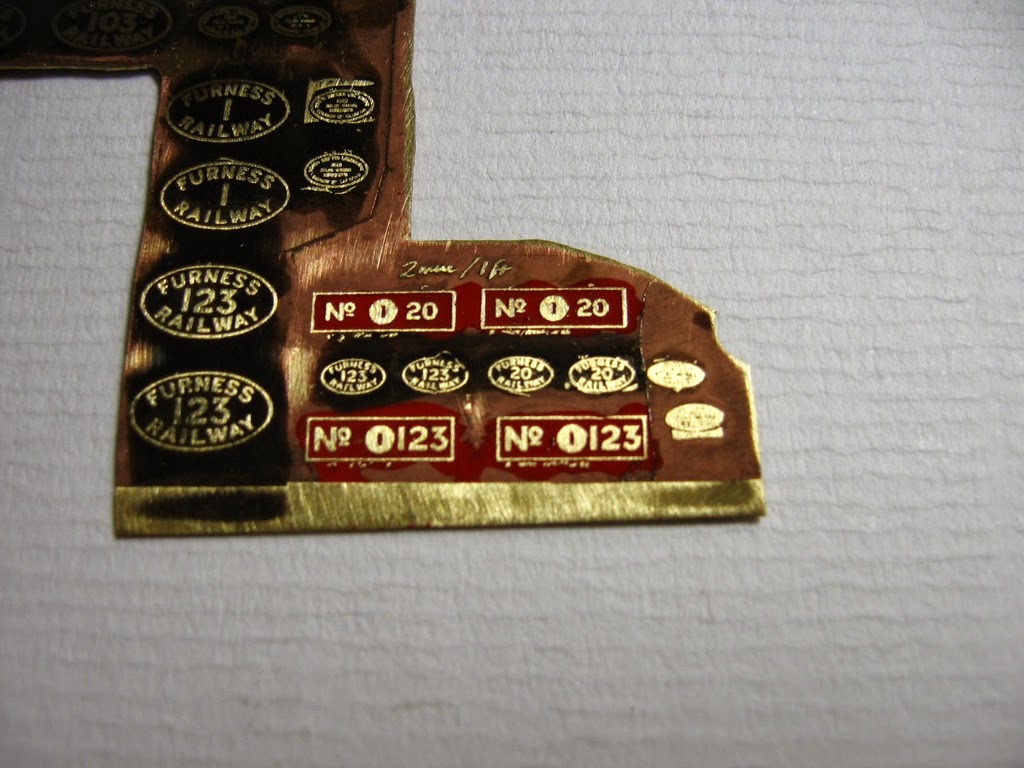 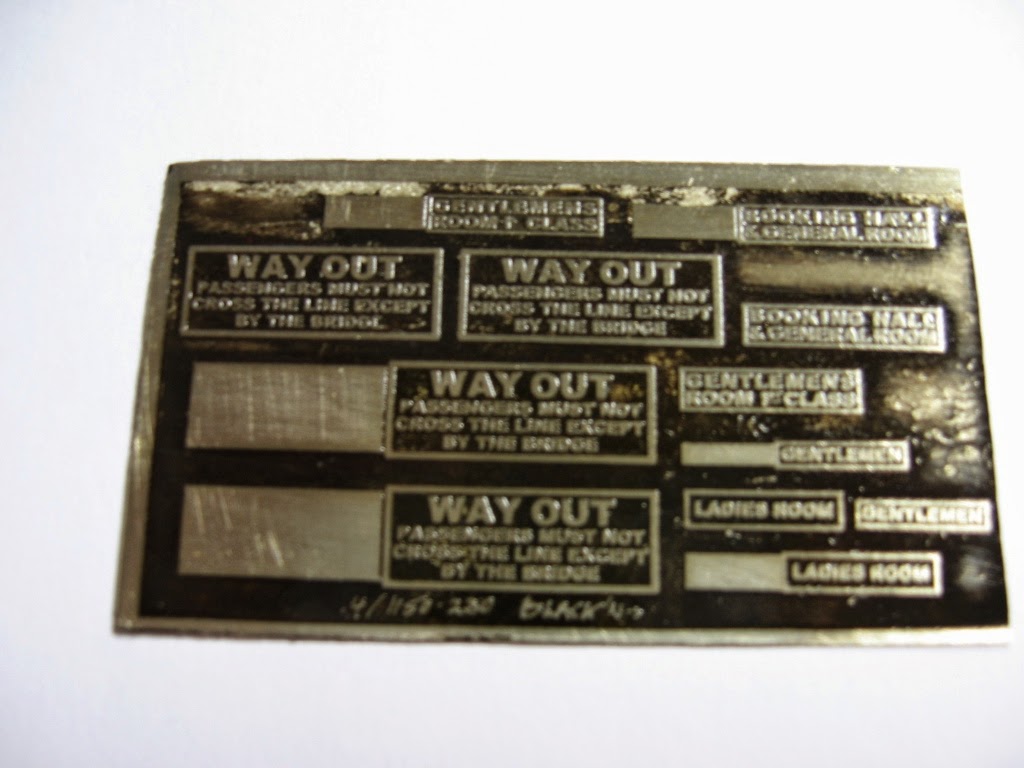 L&Y station signs.
And the new loco? Well, that was a belated Christmas present of one of Farish's new Class 25s. I'd been umming and ahhing about buying one for a little while and then saw one in the display cabinet in the Keighley & Worth Valley Railway's shop at Haworth and my resistance was broken. In fact I went and bought a set of finescale wheels for it before Christmas so now it's just a case of popping those in and away she goes. Incidentally, if anybody's in the area I'd recommended popping into Haworth shop - they've got a good range of Graham Farish stuff at reasonable prices plus there's a very good selection of books to tempt your fancy.

And yes, I do know a Class 25 isn't pre-grouping Furness, but what's the point of making New Year resolutions if you can't break them??
Posted by David Varley at 09:00 No comments:

One of my New Year Resolutions is to be more focused with my modelling - I let myself get far too easily distracted by other projects.

So, 2015 is principally going to be about two things - progress on the group's layout of Lightcliffe and my own attempts at recreating a small part of the Furness Railway in 2mm.

As regards the latter, there's nothing really to show at the moment. I've got some etches for a Sharp Stewart 4-4-0 that I'm itching to build but I need to improve my loco building skills first so I've started putting together a replacement chassis for the Farish J94 and this is as far as I've got.

The chassis runs freely enough, but the back to backs need adjusting - had them ok before I quartered the wheels but must have moved one or mores of the wheels when I was doing the quartering.

As for Lightcliffe, the main station buildings are almost finished and I've also made a start on the up platform. Chimney pots need to be made (there's nothing quite suitable in any of the available ranges) and signs have to be affixed and then I think we're almost there. Unfortunately, the blanks for the signs that I built into the walls got broken off during the build so I've had to reopen the slots for the signs and will have to touch up the walls once I've fitted the signs (hence the white mark above the waiting room doors).

Other modelling resolutions include getting along to more Group meetings this year, and posting here more regularly!

Happy New Year and Happy Modelling to one and all.